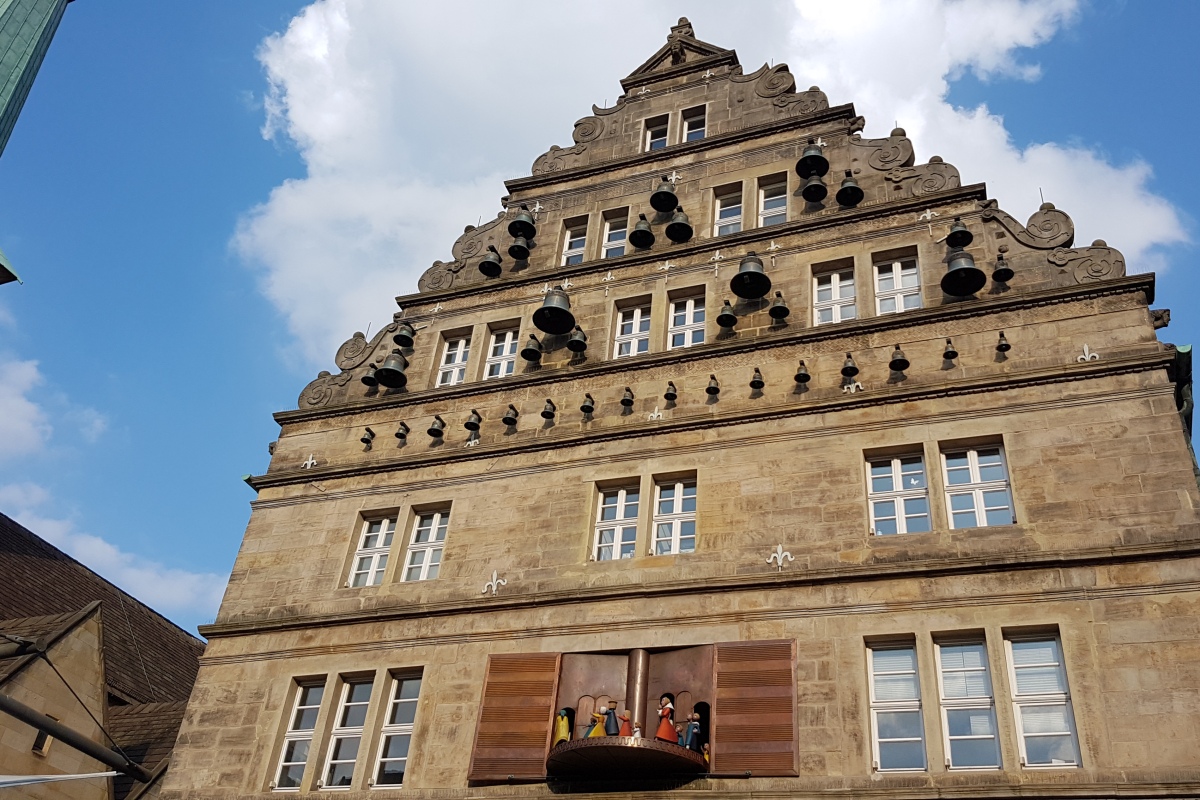 We all know The Brothers Grimm since our childhood years. In early 19th century, they transformed folklore stories into a collection of over 200 children tales. “Hänsel and Grethel” was their most famous one that I know about, but have any of you heard about the Pied Piper of Hamelin?

I only recently discovered both the story and the town. Because Hamelin is a beautiful town in Lower Saxony, and the characters of the Pied Piper tale can be seen today, scattered everywhere, in the historic center.

The Tale of Pied Pieper

In summary, the tale is about a man who was promised a fortune if he got rid of the rats that had invaded and plagued the small town. He did it, but the people didn’t want to reward him anymore. He later returned to revenge himself, making all the small children to disappear in the same way he did with the mice: they were hypnotized by the music of his flute and followed him away, never to return home again. Quite a grim story, not my favorite to be honest, and I hope it was just that, a fantasy, or that it got badly twisted over the centuries.

But let’s get back to nowadays Hamelin, and I’ll share with you more about this lovely, colorful, laid-back town.

If you’re based in Hanover, the closest big city, you get here in less than an hour by driving or by train. There are also other nice towns, close to Hanover, that you might want to check and that I really recommend visiting:

In the historic city center, the streets are paved by the everlasting big blocks of stone, and on the sides, the beautiful buildings, some transformed in museums, some in hotels or restaurants, will make you stop and stare and visit and take many photos:).

The recommended route is this red line, if you don’t have too much time, and want to experience the best in a couple of hours.

The museum of Hamelin is this beautiful building in Weser Renaissance style, a cultural-architectural style found only to the Weser area in Central Germany.  But the museum itself is a great place, showcasing the history of the town, the story of the Pied Piper of course, and a modern puppet show. To its left, part of the museum and connected by a passage-way with it, there’s another beautiful building with a bakery at the first floor.

But the story of Pied Piper does not remain closed only for the Museum, it’s everywhere you turn your head: statues of the characters, on the paved roads and on the buildings’ facades.

The City Hall Building is another landmark that I liked a lot. In the square in front of it, from May to September, on Sundays, at 12:00 pm, there’s a 30 minutes show, free to watch, where people play the story that made this town famous. Or at 4pm, all these bells from the front wall of the City Hall start to sing, the two small doors on second floor open wide, and the story of the Pied Piper is played by the dolls.

7 thoughts on “The Pied Piper of Hamelin, a character from Brothers Grimm tales”