The foggy and cold and too early morning of a late November, revealed to us right after landing at Orio Al Serio Airport, a beautiful and charming city from the north of Italy. Fading like a ghost in the milky horizon, with the Alps raising from behind, Bergamo conquered me right from the start. I knew I was gonna love it!

Twice before we have arrived to this airport but treated Bergamo with utterly indifference, not even realizing you can see it from here, because every time we just rushed to Milan that is only one hour drive or train away.

Bergamo today means two distinct worlds in size and shape. Cita Bassa ( Lower Town) is the modern part of the town, laying on flat grounds at the feet of the medieval Cita Alta (The Upper Town), that is rising mighty on a plateau.

The Old Town and the crown shaped Venetian Walls

It’s a difficult task to put into sentences how much I liked the Old Town. Just like a crown, a thick wall of over 6 km in length, surrounds it.

The strong ever lasting wall was built over 400 years ago, during the days when these lands were under the rule of the Venetian kingdom and it’s now enlisted as a UNESCO world heritage site. You’ll find here some of the best panoramic spots. 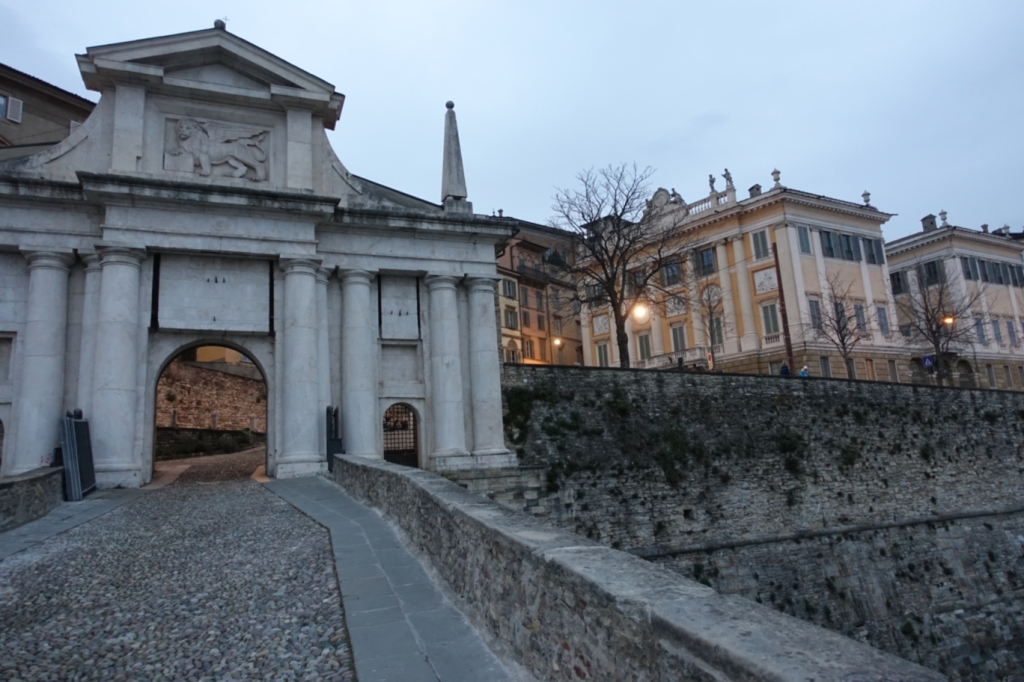 The streets in the Old town, paved by stones,  polished throughout the centuries by the steps of so many generations of people, are narrow and only a few of them accessible by car or public transport.

Bus No 1A, operated by the local public transport company ATB, takes you from the Airport, stops on its way also to the main train station in the Lower Town, but has the final stop in the Old Town, where you are at a walking distance away from all the main attractions. 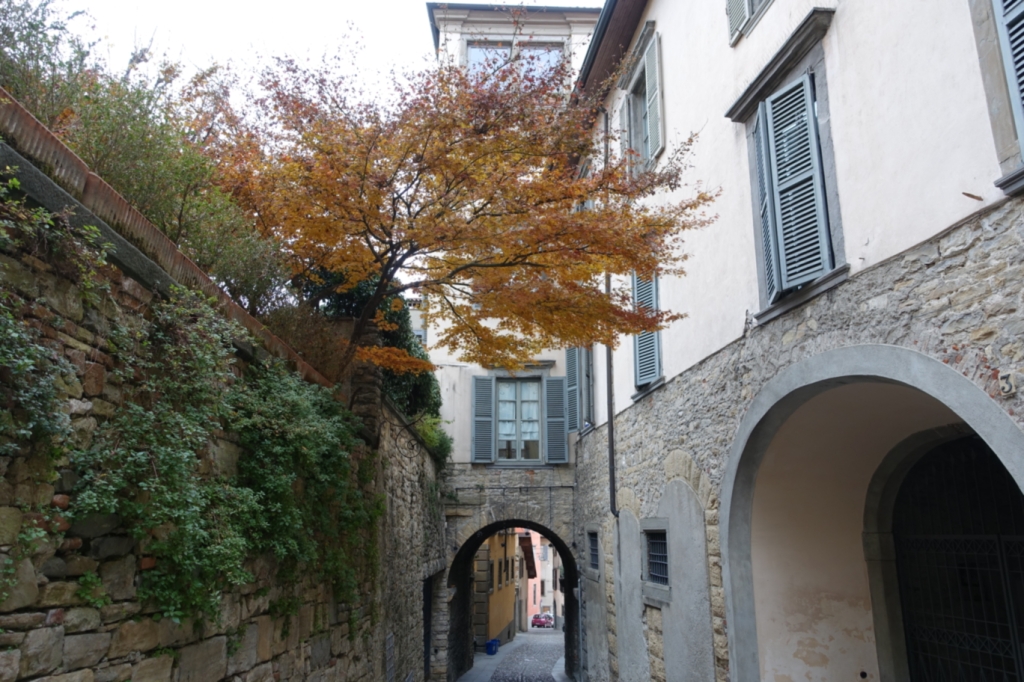 A funicular is another option to commute from Lower Town to Upper Town. But I always suggest to walk. You’ll  probably sweat a bit, but it’s the best way to experience Bergamo.

If Cita Alta is the Crown of Bergamo, Piazza Vecchia and Piazza Domo right next to it are what I’d call the jewel on the Crown. Take a visit to Palazzo Podesta, transformed into an Interactive museum of the Venetian Era and also climb to the Bell Tower, the highest tower in the town. I always love to take pictures from above and higher spots is something that I’m searching for, but I almost had a heart attack and lost my hearing when the bell started to bang and shake right when we got near it, on the top of the tower.

Pallazo della Ragione from 12th century is the Oldest Townhall in Lombardy region, but today is empty on the inside, housing sometimes free exhibits. Not so great was the Cathedral Museum and Treasury. But really impressive, outside and inside were the Cathedral, and next to it Santa Maria Maggiore Basilica and the Chapel Colleoni.

Explore the nature and the country side

To get to San Virgilio castle, you have to hike again or take the 2nd funicular line. Old from the 5th century AD, not so many parts remained from this castle, but you’ll not regret getting here because the view is once again, so beautiful!

All of Bergamo’s Old Town is actually like an open air museum. We were quite unlucky to have bad weather almost every day, but that didn’t stop us from walking miles upon miles every day. In warmer months I think is better to visit, because a huge park and many walking trails and hiking routes span from the old town. Wind, cold, rain will scare most of the tourists away.

We explored a well worth and easy route, starting at San Virgilio castle, getting down on the Scorlazzone steps, stopping to the Former Monastery of Astino and admiring on the way the green plains, vineyards and forests. 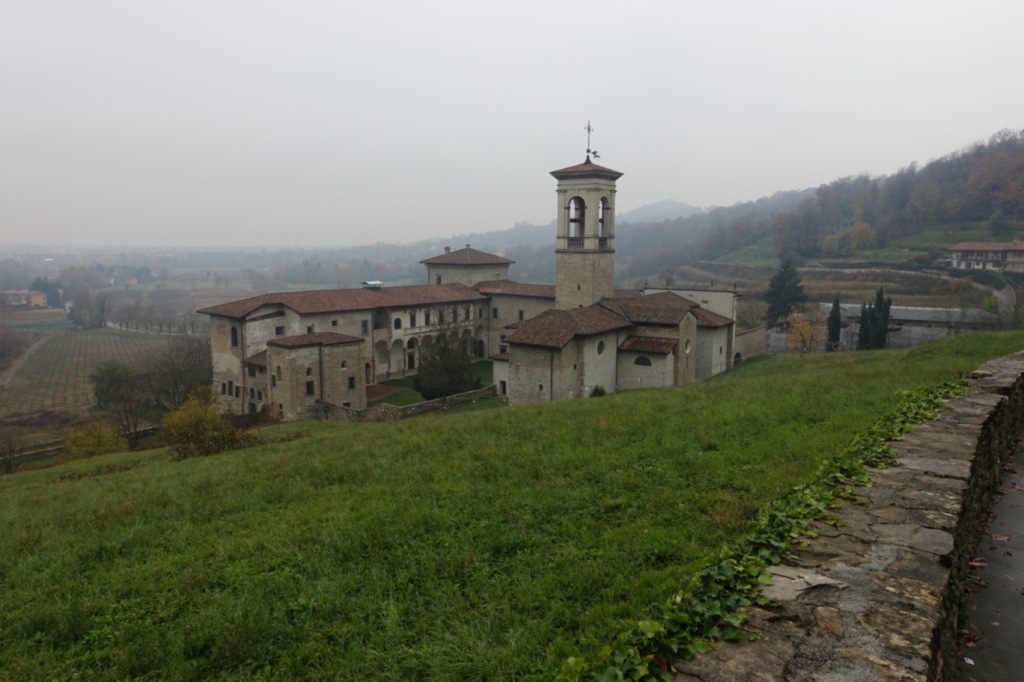 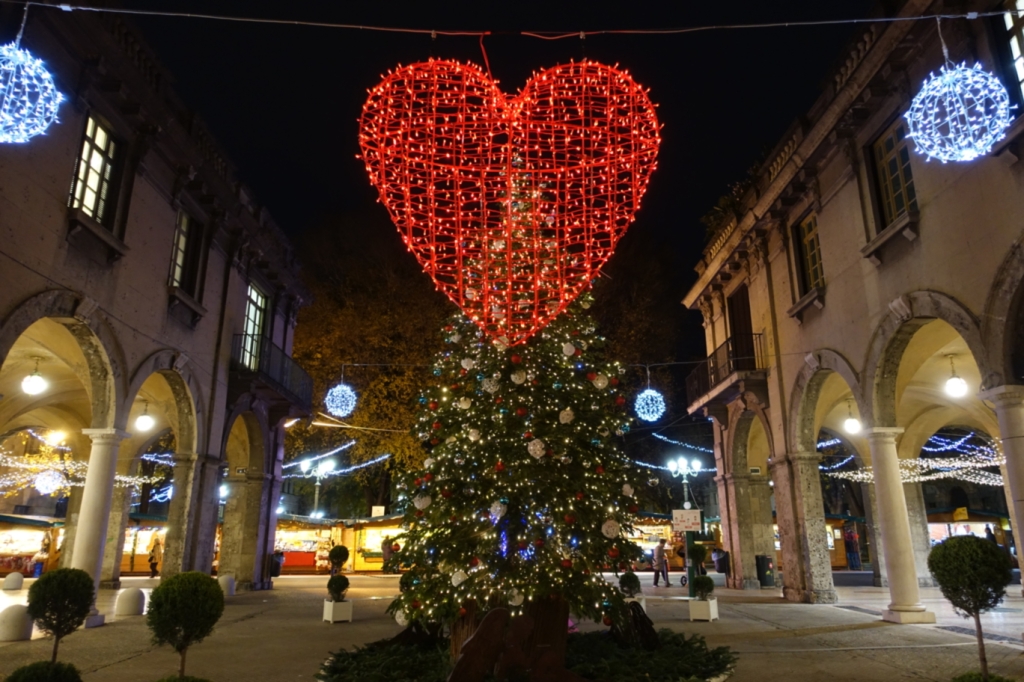 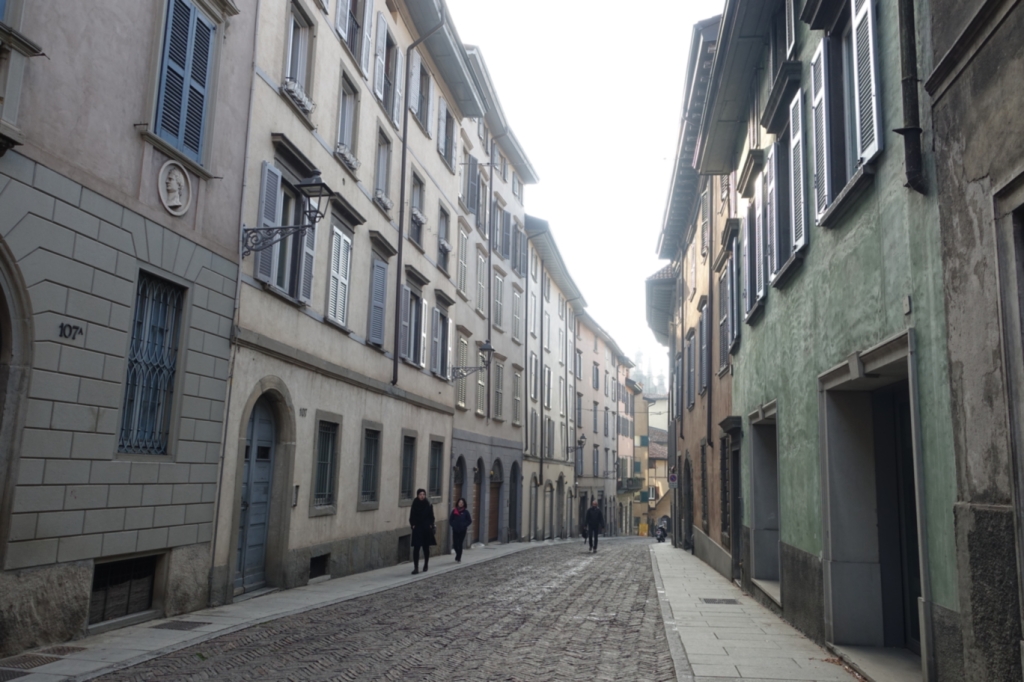 I’ll give you 3 really good options where to eat:

In the heart of the Old town, in an historic building and within a really nice ambiance, you can enjoy delicious meals at Hostaria restaurant. The prices vary from mid-range to high.

Il Coccio in the Lower town, is a great place to eat healthy, tasty food and the price range is also for every pocket. The staff is really nice too.

No trip to Italy without Italian ice cream! And this time it was not only really really delicious but also healthy and entirely made with natural ingredients. We returned at Bio Gelato twice.

How much time you need and the best time to visit?

If you only want to visit the Old Town, and do a quick stroll in the Lower Town, two days are enough. But if you want to also do some nature trails, allocate 3-4 days. The natural setting is really beautiful.

As for a best time to visit, I say there is no strict rule. It’s beautiful in every season. But we were here in the last days of November and the weather was pretty grim and extremely cold. Winter decorations and Santa’s Village were set up, however there was nothing special about them. I think mid-autumn is a perfect time to visit. There is still so much nature surrounding Bergamo and under the autumnal colors everything is a dream. Also Spring must be great, when everything is green and blossomy!