Among all the places I had planned for visiting in Canada, I was the most excited for Niagara Falls. Who could remain unimpressed in front of this amazing landscape, one of the most famous waterfalls in the world?

Our trip in Canada started in Toronto and in the 3rd day, we took the GO Bus from Union Square, for a round-day trip to Niagara.

Niagara is better seen from the Canadian side

Niagara Falls is a collection of 3 falls on the Niagara river, having altogether the highest flow rate among the waterfalls from North America. It’s on the border between Ontario state in Canada and New York State in USA, and the neighboring cities are Niagara on the Lake in Canada and Buffalo in USA.

The Horseshoe Falls is the biggest of the three and is located mostly on Canadian territory; then in descending order come American Falls and The Veil Falls, both of them located on American land.

When I was making the journey itinerary I was often reading that you get the best view of the waterfalls from the Canadian side. And after going there in real life, I think it’s a correct statement.

On the Canadian Side there’s a long promenade of a few kilometers that opens up entirely onto the waterfalls. From the US side, in order to see all of it, they had to build a long deck, like a half bridge, over the river.  However, there is a proper bridge also that connects the two sides, and if you can pass freely between them, you’re a lucky one!

The US side however is part of a State Park, the area is kept more wild and green and in my opinion this is a big advantage.

Then from both sides you can hop on the  The Maid of The Mist, the cruise boats that take you to the base of the Waterfall. Imagine in front of you a wall of water of over 50meters! You’ll get out of this experience soaking wet, no matter how strong you tie around you the plastic cape they give you. But that’s part of the fun of the ride!

But to draw a conclusive line, if you can chose, it’s better to see Niagara from Canada.

The Rainbows at Niagara Falls

We spent a whole day here, admiring it from different sides and angles, taking pictures and it just doesn’t get boring. It’s such an incredible place!

And rainbows appear all the time!

The big Horseshoe waterfalls, that collects almost 90% of the water on the river, has such a strong fall and is creating its own micro-climate: clouds are forming on top of it and sudden rain happens that lasts a few minutes. Then the rain stops and perfect rainbows appear, even double ones!  And then it all starts all over again. At times, it looks like a wall of mist is raising from the grounds, touching the sky. Simply stunning!

If you spend the night here they illuminate the waterfall to the colors of the rainbow at dawn. 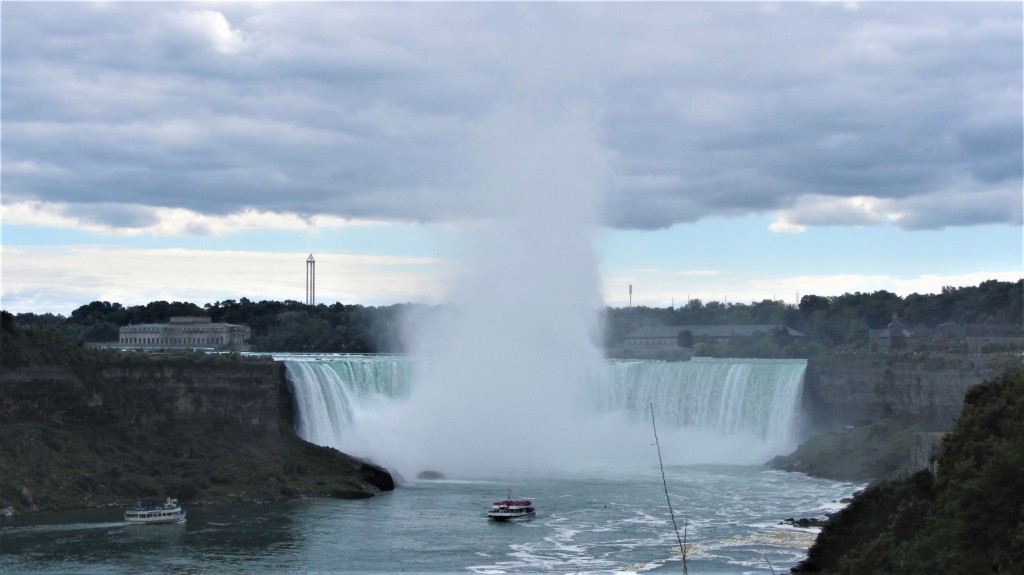 Is Niagara Falls becoming too commercial?

This is an interesting topic that I came across a few years after actually visiting it in person. Some were complaining that the Canadians transformed the place into an amusement park, ripping off the natural beauty of the waterfall. 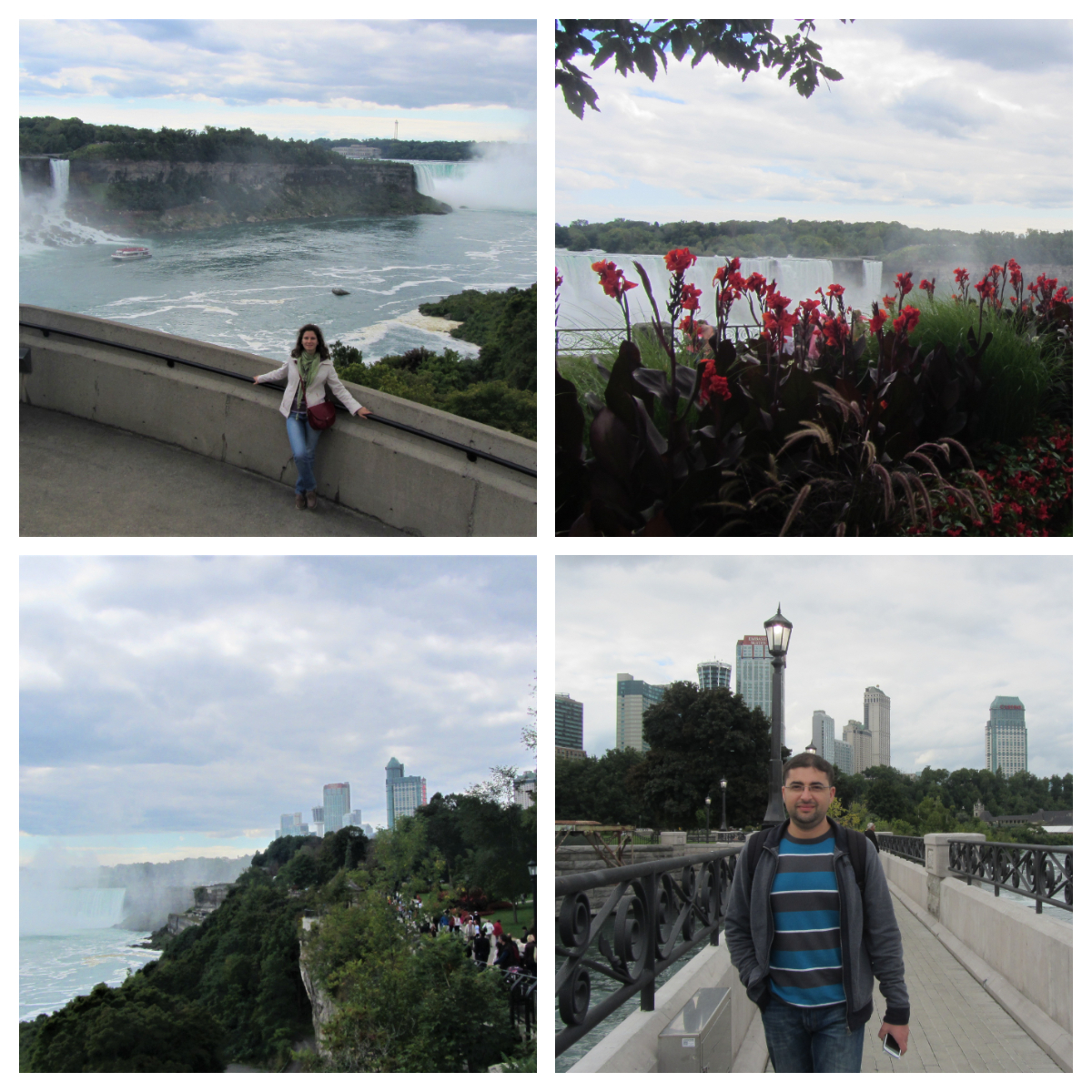 It’s true that as we were leaving behind us the beautiful promenade and the waterfall, it was getting crowded with casinos and fast-food restaurants and roller-coasters. Comparing it to the Iguazu Falls in Argentina, where you take a two days journey through woods and jungle to finally arrive to it, the area surrounding Niagara is commercial and touristy, but the waterfall is still a natural wonder carved by melting glaciers at the end of Ice Age.

It is one of the most stunning places I have seen so far and I would love love love to go back and visit it once more.

And luckily this plan is becoming easier to accomplish, because starting this past week, we finally have direct flights from Bucharest to Canada:). Hurraaaay!

2 thoughts on “Niagara Falls from the Canadian side”