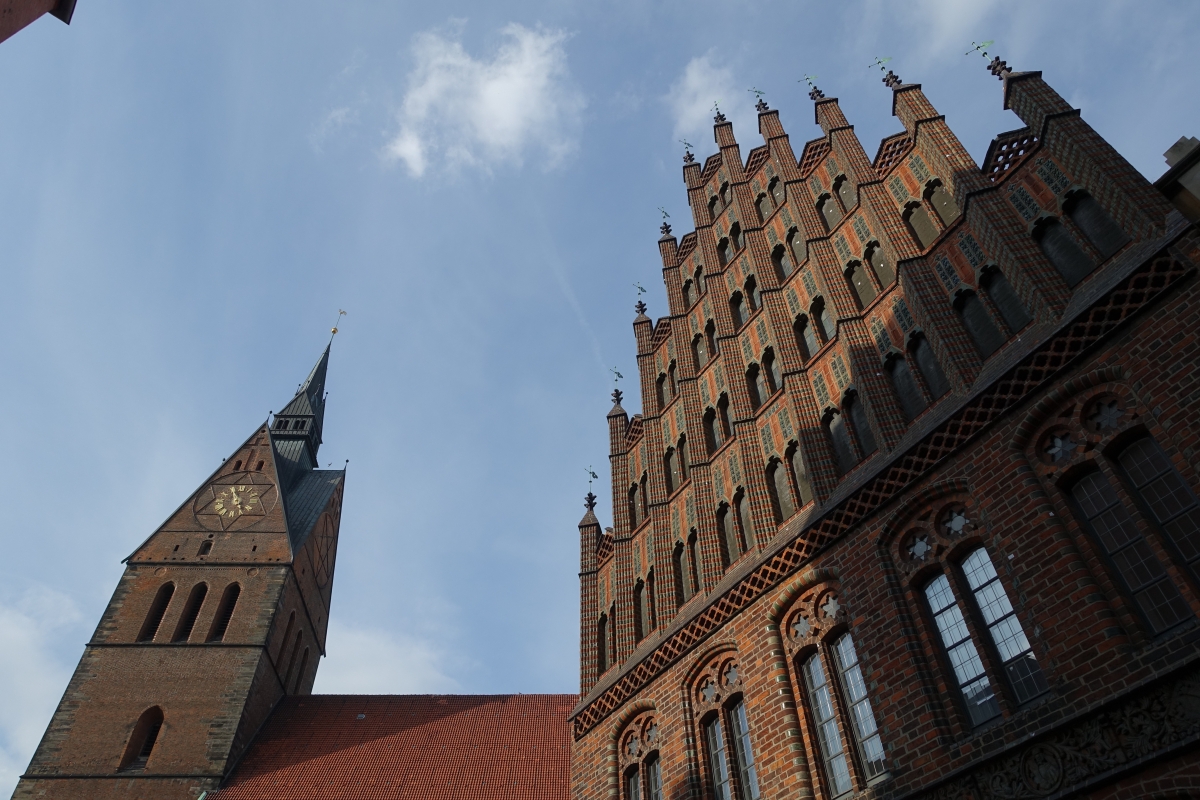 Whenever we combine travel and holidays with visiting good old friends I’m the happiest! Needless to say that we had the best of time in Lower Saxony, at the invite of our dearest friends who live here for many years already.

We discovered another beautiful part of Germany, that we had never explored before. Here is the preview of the entire trip: Four days in Lower Saxony.

Hanover city was the starting point of our trip, but we only spent half a day here and I’ll share with you a must see list when you don’t have too much time.

It’s actually really easy to visit the city’s main places and you only need to follow the Red Thread, a red line painted on the pavement, with 36 numbers along the way, that each indicate an important site.

The thread is over 4km long and it was created in 1971 as a means to attract more tourists to Hanover.

At the info point in front of the Main Train Station, marked also as Number 1 Stop on the Red Thread, you can get the brochure that describes all the 36 stops, for 3 EUR.

Because we only had half a day, we did just a small part of the tour, letting ourselves guided by our friends to the “hot spots“.

The New Town Hall was one of my favorite places and it’s FREE to visit inside. Don’t let yourself be fooled by the “ancient” architecture of the building, because in fact it’s only 100 years old.

Nearby is the biggest lake in the city, Maschsee, artificially built during socialist times in the first half of the XXth century.

Aegidienkirche is a church that gave me cold shivering. Having the roof destroyed during air bombings in the WW2, looks like the frail skeleton of a once imposing and strong building, a testimony of the brutality of wars.

In the central area there’s the old quarter also, and I thoroughly enjoyed just getting “lost” on the pedestrian streets.

You’ll notice right away that Hanover is an architectural mix between old and new.

That’s because the city was very affected by the WWII, the bombings destroying entire central neighborhoods. Only some buildings, the most important, were rebuild. In fact all the landmarks that I will show you next, were destroyed but rebuild to the initial state, after the was ended.

But sadly, still so many were never recovered back and in their place appeared modern and functional constructions, not that attractive as the old ones.

However, you cannot miss the Marktkirche or simply “The Church on the Marketplace”, the beautiful Old Town Hall, in Neo-Gothic style, from 500 years ago and of course, the multi-colored half-timber houses.

The Old Town Hall was one of the buildings almost entirely destroyed by the air bombs during the WWII, but because it was such a beautiful and important landmark, it was reconstructed.

Then you get to more recent parts, rebuilt after the WWII, and here you find many restaurants and the shopping streets are still car-free and very animated.

If you have more time, there are still so many places that you can visit!

You should definitely add to your list the Herrenhausen Gardens, also called “The Jewel in Hanover’s crown”:

And The Zoo was also highly appreciated by our friends.

All in all, it was a full half a-day and I really want to go back. take it slowly and visit more. I’m sure my friends will not mind that we pay them a new visit ;).